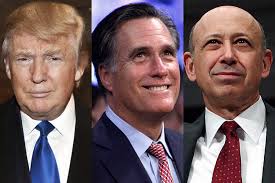 Unfortunately, although BAPCPA has created an exemption for all types of retirement plans, the exemption for those plans is not unlimited in all cases. The catch is that, in the case of Roth and traditional IRAs, the maximum amount of the exemption is limited to an aggregate IRA account value of $1 million (adjusted every three years for inflation). SEP and SIMPLE IRAs, along with all other types of non-IRA retirement accounts such as 401(k)s and 403(b)s, are not included in determining the $1 million limit—it applies only to traditional and Roth IRAs.

In addition, this $1 million limitation does not include any amounts held in an IRA that are attributable to eligible rollover contributions (and subsequent rollover growth). Eligible rollover contributions are those that occur under a series of explicitly listed Internal Revenue Code rollover provisions; the end result is that rollovers from any qualified employer retirement plan will qualify, but IRA-to-IRA rollovers will not. In other words, if your money was fully protected in a qualified employer plan and rolled over, the bankruptcy law continues to protect it fully as a rollover IRA.

Note that rollovers that did not come from an ERISA plan are protected only up to $1 million. Consequently, a rollover from a SEP or SIMPLE IRA to a traditional IRA would appear to forfeit unlimited protection and potentially subject the assets to the $1 million aggregate traditional and Roth IRA protection cap.

The good news is that, in the foreseeable future, the $1 million limitation is not likely to apply to many taxpayers. Forgoing the issue of rollovers from SEP and SIMPLE IRAs, the only type of IRA account balances that would apparently be subject are those attributable to annual individual contributions. At maximum annual contributions over the past two decades of only $2,000 (up until IRA contributions limits were increased in 2002), an investor would have had to achieve rather phenomenal growth to actually accumulate more than $1 million solely attributable to such contributions. In addition, BAPCPA’s changes allow for the courts to increase the $1 million IRA exemption limit in cases where it is in the “interests of justice” to do so. It remains for the courts to actually apply this provision of the law to show what might actually constitute such a need, but Congress made flexibility available to the courts if they are inclined to use it.

The above protection is a bankruptcy statute that protects assets in bankruptcy. But you can also get sued and not declare bankruptcy. This is then an issue of creditor protection and your IRA is still fully exposed (unless your state provides protection) to nonbankruptcy credit claims.