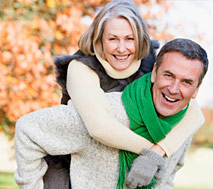 When it comes to the spouse inheriting the IRA, the spouse gets special flexibility. (This should make you feel good that you’ll be dead and your spouse is still getting special advantages.)

Only spouses can rollover an inherited IRA into their own IRAs. If the deceased was in the RMD status, the year-of-death distribution must be taken before the rollover is allowed. The funds will then be considered to be the surviving spouse’s account subject to the spouse’s own age.

The surviving spouse is not under any obligation to rollover an IRA. It can be done anytime. This allows flexibility for a survivor.

The spousal rollover can be accomplished in two ways:

The spouse may want to retain “beneficiary status” and not rollover the account. When the survivor is under 59½ and wants to take out money and avoid the 10% early withdrawal penalty the spouse can do so if he or she is a beneficiary. Why? Because when you are a beneficiary, the age 59½ rule does not apply; there is no 10% penalty for taking money from an inherited IRA. However, if the spouse rolled over the IRA to his or her own name, is under 59½, and takes distributions, the early withdrawal penalty would apply.

Assume the IRA owner dies before his RBD, at 68, and named his spouse as the IRA beneficiary. The spouse is 65 years old. If the spouse chooses to be a direct beneficiary, she does not have to begin taking distributions until December 31 of the year the IRA owner would have attained age 70½. If the spouse chooses a spousal rollover, the spouse treats it as her own IRA and would not have to begin taking distributions until after she attains age 70½. In most cases, it would be beneficial to use the spousal rollover.

It might pay to use the beneficiary route if the surviving spouse was much older, for example, 75 years old, and the retirement plan owner was much younger, say 65. In this case, if the surviving spouse chose to be a beneficiary, he or she would not have to start drawing until the year the retirement plan owner would have attained age 70½. In this case, even though the surviving spouse is 75 years old, he or she may not have to draw down for another five yearss as opposed to choosing the spousal rollover which would mean he or she would have to begin withdrawals by December 31st of the year following death.