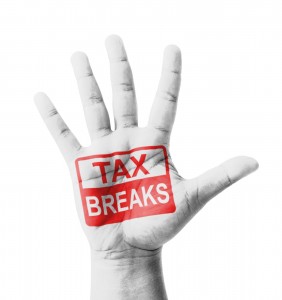 Some people retire or leave a company and have significant amounts of employer’s stock in their qualified plan. In such cases, the tax law provides special optional tax benefits on that employer’s stock. This stock is referred to as “Net Unrealized Appreciation” stock or “NUA shares” because these shares have hopefully been purchased at a lower price than their current value. Consequently, the share value contains unrealized appreciation.

Using the NUA strategy, individuals can take a distribution of employer’s stock from their qualified plans and pay ordinary income tax only on their basis at the time of distribution (i.e. immediately), allowing for continued tax deferral on the balance of their shares. The difference between the basis and the fair market value at distribution—the net unrealized appreciation— is taxed at long-term capital gains rates when the stock is eventually sold, regardless of the holding period. Subsequent appreciation (earned after the distribution from the qualified plan) is taxed at short- or long-term capital gains rates according to the length of the holding period, as measured from the date of the distribution.

At first, it may seem crazy to pay tax immediately on any part of your distribution when you can do a rollover and defer all taxes. However, the following has made this a lower-cost strategy in some instances because of:

• Large amounts of stock appreciation that occurred between 1982 and 2000.

Let’s take a look at simplified example, assuming tax rates of 15% for capital gains and 30% for ordinary income, and that your shares do not have additional appreciation after you leave your employer.

Over the years, you opted to have some of your 401(k) contributions invested in shares of your employer’s stock. A total of $10,000 was invested in your employer’s stock. Those shares are now worth $100,000. You option is to have the stock distributed to you when you leave the company and pay tax on the basis (the $10,000 invested). Alternately, you could roll over all of the shares into your IRA and pay tax later, possibly decades later.

Below you see the difference in your options:

You save almost half of the tax by using the net unrealized appreciation rules. Note that you may opt to use NUA treatment for only some of your employer’s shares and rollover the rest.

Many companies hold employer’s stock in “stock funds,” the units of which are composed of shares of stock and cash. These also are eligible for special NUA tax treatment if the plan provides for an “inkind” distribution of stock from the plan. Although this is a long shot, it’s worth asking if the shares in a stock fund can be distributed separately.

Last, keep in mind that the use of the NUA option does not require that you use it for all employer’s shares. You may have 10,000 shares of your employer’s stock, and you can decide to rollover 5,000 shares and avoid current taxation and pay tax on the other 5,000 shares per the NUA rules. To maximize such a division, you want to obtain the cost basis of various lots of their stock from your plan administrator and review them to determine which shares might benefit most from the special NUA tax treatment. For example, it might make sense to use the NUA strategy on shares with the lowest cost basis relative to fair market value at distribution (and thus the greatest amount of NUA), and roll over shares with a higher cost basis relative to the fair market value at distribution.

In 2008, the capital gains rate is scheduled to drop to 0% for those in the 15% tax bracket and below. Therefore, qualifying workers retiring during a period when the capital gains rate can be 0% for some taxpayers will get a huge tax advantage. Not all will qualify, but now is the time to see a professional for tax planning. 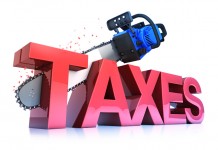 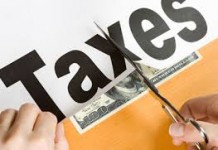 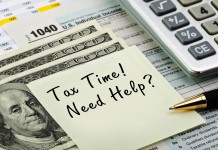