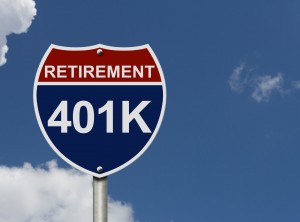 The general rule is that you don’t need to take any distribution until the April 1 after you reach age 70 ½.  For most people, it’s best to take their mandatory 401(k) distribution in the year that they turn 70 ½ rather than waiting another six months.  If you wait, you will likely need to take to distributions the following year which could put you in another tax bracket. Let’s look at an example.

If you work for a company and participate the 401(k) plan but you separate from service (i.e. quit or get fired) as early as age 55, you may take 401(k) distributions without penalty.

If it age 70 ½ in six months you are still working for the company and you do not own 5% or more of the shares of the company, you can defer distributions until you actually retire without penalty.

For example, the plan’s terms may allow you to wait until the year you actually retire to take your first RMD (unless you are a 5% owner). Alternatively, a plan may require you to begin receiving distributions by April 1 of the year after you reach age 70½, even if you have not retired.  So be sure you actually read your plan document before assuming that IRS rules apply.

Got a questions we have not answered about your mandatory 301k distributions (oops, we mean 401k)?  Just leave it in the comment area below and our editors will provide a reply.

(For those who understand the issues of search engine optimization, you will understand why we have used the mistaken term 301k a few times in this post).