Let’s take this hypothetical example. You worked for a company for 25 years, built up your 401(k) account and upon retirement, rolled it to a traditional IRA (in fact, you cannot roll money from a qualified plan directly to a Roth IRA). Now, you want to move $300,000 from your traditional IRA to a Roth.

Below you can see the difference over 20 years, assuming a hypothetical earning on the funds at 6% and a combined tax bracket of 33%.

Now we have an apples-to-apples comparison and you are also $100,000 ahead in this hypothetical situation because using the Roth, you’ve been able to keep money at work growing tax-free for a long period.

How To Do It

You have three choices:

Even if you are under age 59 ½, the penalty does not apply when you move money from a traditional IRA for the purpose of converting.

Here are a couple case studies to make the Roth advantage clear.

Harry is 65-years-old and single. He has a $1 million traditional IRA and other assets that put his estate in the 46% marginal tax bracket. Harry understands the Roth’s benefits but is less than enthusiastic about paying $350,000 in income tax (35% federal) for the conversion. He rationalized that he doesn’t have enough years to make up the out-of-pocket tax cost. However, a review of the tax savings for his heirs convinced him differently, and he made the conversion.

Since Harry reduced his estate by $350,000 (income tax paid on the conversion), he cut his potential estate taxes by $161,000. Thus, the IRS picked up part of the cost. And his beneficiaries stand to inherit his $1 million Roth IRA from which they can withdraw income for the rest of their lives, income tax-free. Otherwise, if the funds had been left in the IRA, they may have had to pay up to 35% on the distributions.

Suppose that Harry lives another 15 or 20 years and earns 7% on his retirement funds? (Illustration does not reflect Harry’s RMDs.)

Bill should leave his IRA to Ted. Hence when Bill dies, Ted will receive the $2 million estate-tax-free ($2 million exemption in 2006). Ted will then be able to stretch out the distributions over his lifetime, thereby adding decades of taxdeferred growth to the IRA.

Linda, however, also needs $1 million to support herself if Bill dies.

Bill takes a distribution from the IRA and uses money to buy a $1 million life insurance policy on his life and names Linda the beneficiary. There will be no estate taxes because of the unlimited marital deduction. Furthermore, Linda will get the $1 million income tax free rather than a tax-riddled IRA.

When Bill dies, Ted will receive whatever is left in the IRA. Linda will have $1 million to spend as she wishes without worrying about taxes or RMD regulations.

However, suppose Bill likes the idea that a Roth IRA passes income tax free to beneficiaries, but he doesn’t have the $800,000 to pay the tax on a conversion?

Bill could buy a $1 million life insurance policy and name Linda the beneficiary on the policy as well as on the IRA.

Linda’s Roth IRA will not be subjected to RMD, she’ll never have to withdraw money, and any funds that she does take out are income tax free. When she dies, her heirs will receive the Roth income tax free. But, if her account grows so much that there could be an estate tax problem, Linda can use a trust to buy a life insurance policy to pay potential taxes.

Linda’s beneficiaries will receive the death proceeds income and estate tax-free, and use the funds to pay the estate tax on Linda’s Roth.

What if You Cannot Convert Because Your Income is too High?

You may exceed the $100,000 income threshold precluding conversion. This simply means that any IRA money you don’t spend during your lifetime will be subject to income tax and potentially estate tax later. You can offset these taxes with life insurance. 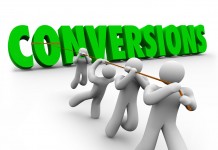 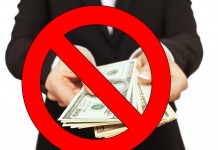 Roth IRA Conversion – no out of pocket costs